Ahoy Captain Cats here and today we are going to talk about our good friends at Machina Corpse, who announced a new Kickstarter campaign.

According to an official press release, Chandra Free is re-releasing her graphic novel The God Machine as TheGod Machine Re: VISION. After what happened with Archaia merged with Boom situation and other issues, Free decided to re-release The God Machine and from there continue her original plan of releasing 13 volumes of The God Machine.

Chandra has this to say about bringing The God Machine back after so many years:

“This isn’t a revisit, this isn’t closure, or nostalgia, but rather a way to finally move forward. This is a great entry point for a new audience and gives a fresh coat of paint and new content for my existing audience. With a successful campaign, I can finally finish the second volume and build from there.” – Chandra Free

Free also stated that The God Machine Re: VISION will update some of the dialogs that haven’t aged well, add more scenes, redoing some artwork in places, expanding on characters backstories and so much more. 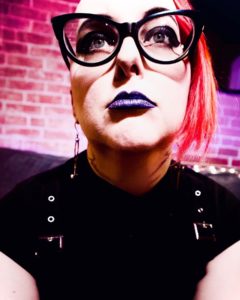 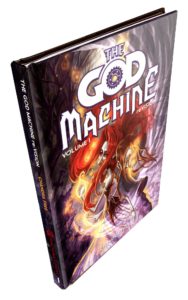